While on a buying trip with a client, I came across this 1972 H1B. The Owner had the titles, bills of sale, and registrations going all the way back to the original Owner. Lying nearby was another engine, along with cylinders, heads, and other assorted parts. I struck a deal and all was loaded up into my truck and brought back to the shop.

Due to the high amount of requests for “before and after” photos, it has been decide that we will document the restoration progress of this bike. The photos below show you our starting point: 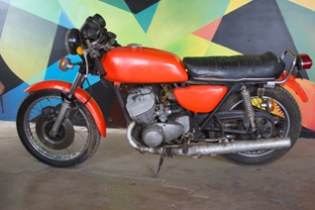 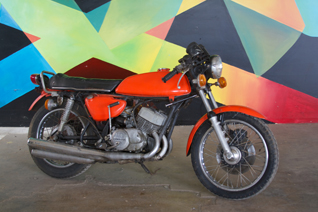 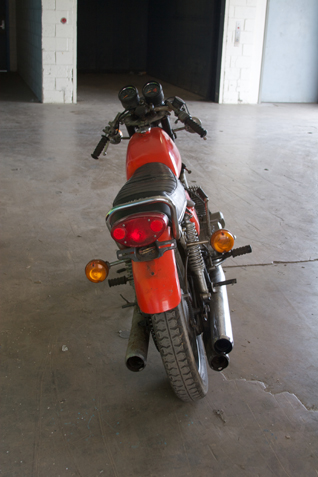 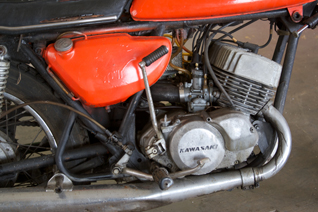 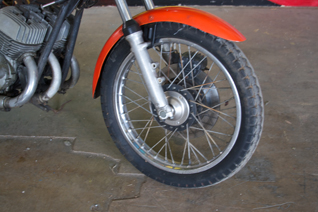 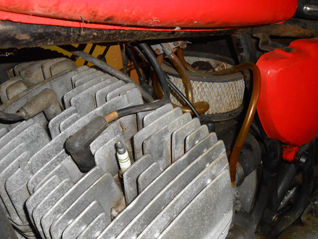 Upon initial visual inspection the bike show to have almost all of its original parts. The bodywork has been spray painted and there is a lot of superficial surface rust. The fuel and oil tanks are in better condition than you would think. The oil tank just has to be washed, and the fuel tank does have some rust, but is still in usable condition. From what was discussed with the Seller and what is visible, the bike appears to have been sitting for about 20 years. The engine turns over and has good compression. The exhaust system is of no use; it has been rusted through and has been the home of many critters.